This article, published in Israel21c on September 1, 2016, describes the amazing diversity of Israel’s emergency medical first-responders and search-and-rescue personnel. This story helps us envision a future where people-to-people connections have helped build peace.

“United Hatzalah is not just about emergency first response and medical rescuing, but it is literally uniting people from different walks of life and different religions,” Muawhiya told Israeli lawmakers. “It is a uniting of peoples and a unity of hearts.” 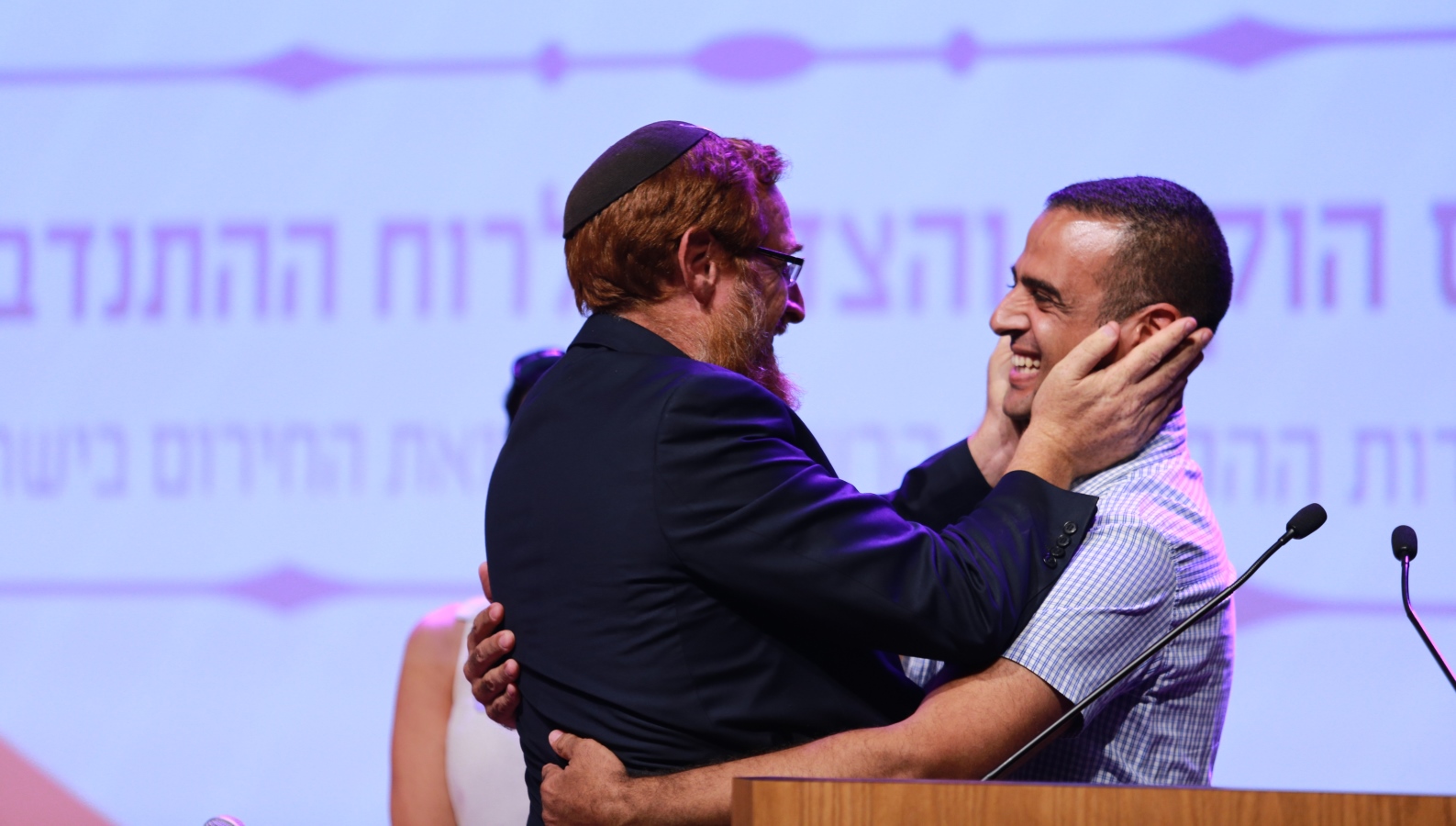 Many people are surprised to learn that Arab citizens volunteer and work for the Israeli emergency response organizations Magen David Adom (MDA); ZAKA and United Hatzalah.

For the first-responders, it’s only natural that representatives of all Israel’s population groups would cooperate to save lives.

“I am there to treat people who are hurt, and it doesn’t matter if they are Jewish or Arab,” United Hatzalah volunteer medic Khaled Rishek tells ISRAEL21c. “It gives me a feeling of satisfaction.”

Rishek and Muawhiya are among about 300 Muslim, Druze and Christian United Hatzalah volunteer EMTs, paramedics and doctors out of a total of some 3,000 who race to calls in their own neighborhoods. 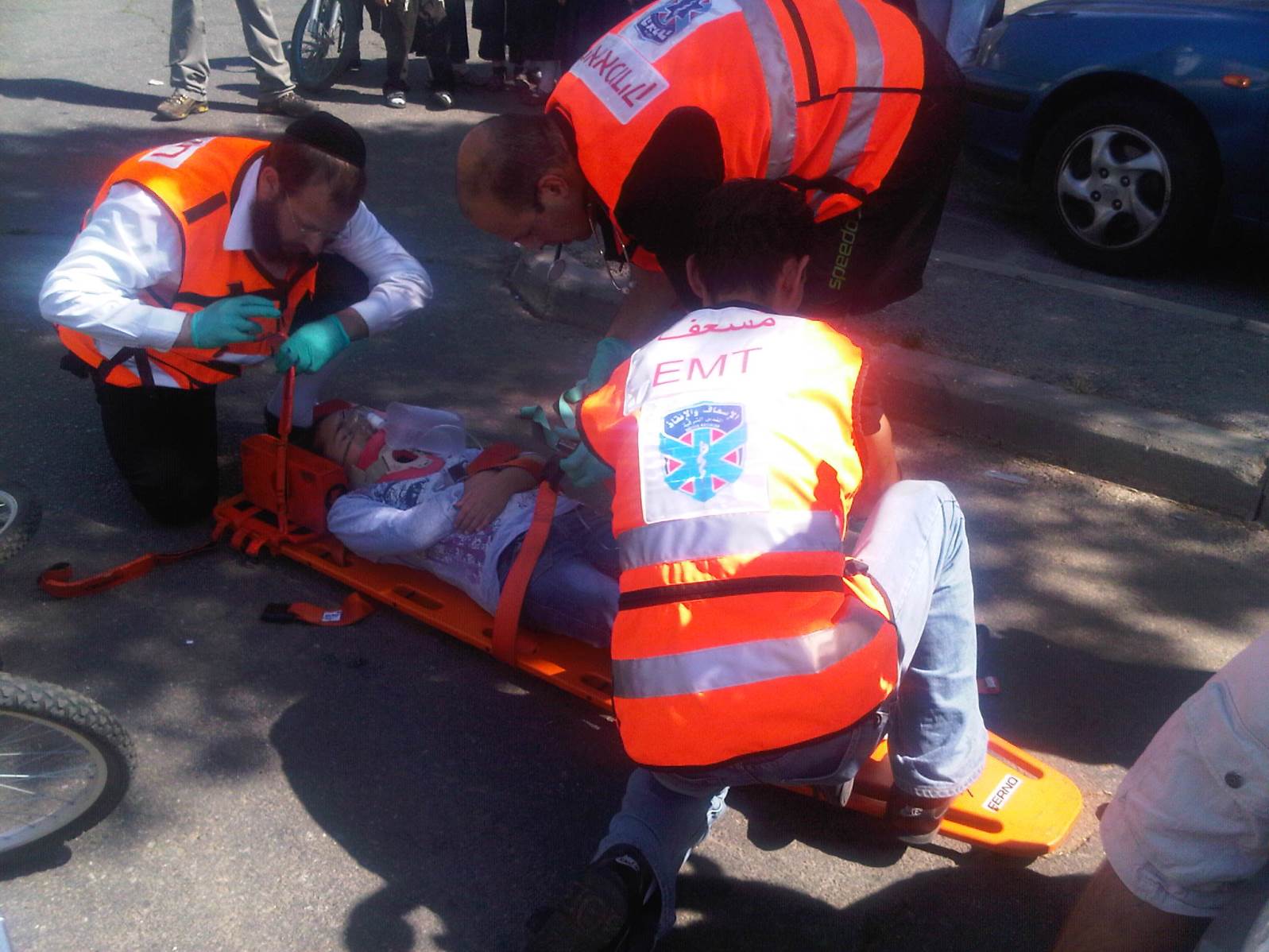 After 10 years in United Hatzalah, Rishek is friends with many of the Jewish volunteers in Jerusalem. He lives on a street with Arabs on one side and Jews on the other, along the former border between Jordan and Israel. He’s a longtime employee of the Jerusalem International YMCA, “a place that is also one of coexistence.”

“Khaled is one of our most active volunteers,” says United Hatzalah founder Eli Beer, who shared a $10,000 peace prize with his Arab coordinator, Murad Alyan, in 2013.

“Our [Arab] volunteers are dealing with saving lives of their neighbors who have heart attacks and car accidents,” Beer tells ISRAEL21c. “They feel comfortable with what they’re doing and they feel privileged to do it. When you’re wearing our jacket, you’re a hero and people look to you for help.”

During a spate of terror attacks last fall, an MDA crew consisting of the ultra-Orthodox men Yisrael Arbus and Haggai Bar-Tov and Fadi Dikdik from Shuafat, an Arab neighborhood of Jerusalem, told a Yedioth Ahronoth reporter, “We are like brothers.”

Dikdik is responsible for the whole East Jerusalem area for MDA and speaks Arabic, Hebrew, English, Yiddish and Russian. He has worked with MDA for 12 years and recruits teens from Shuafat to take MDA’s first-aid course.

In August 2015, MDA senior paramedic Ziad Dawiyat, an Arab-Israeli, went to assist a laboring mother in Jerusalem – the same woman whose fatally injured infant he had transported to the hospital the previous October following a terror attack.

You can read the full article in Israel21c.