Why Jewish and Arab cofounders are good for business

Forsan Hussein and Ami Dror started Zaitoun Ventures a year and a half ago to back joint Jewish-Arab startups. Investors can’t get enough.

Israel’s high-tech sector is the bright spot in the country’s economy, but it isn’t very diverse. At many up-and-coming startups you’ll be hard-pressed to find a Haredi employee, or anyone over 40, or an Arab citizen of the country. Women, too, are in the distinct minority, as are Israelis who grew up with less than middle-class privilege.

According to Forsan Hussein and Ami Dror, cofounders of Zaitoun Ventures, a one-and-a-half-year-old hybrid investment firm, this lack of diversity is actually a distinct disadvantage, because it leads to groupthink.

“Corporate studies show that diversity is beneficial to a company,” says Hussein. “We all know that Israel is one of the most diverse countries in the world, yet our diversity has not been converted into a competitive advantage — if anything it has been a source of suspicion and division.”

That’s why Hussein and Dror, a Muslim and Jewish Israeli, build and invest in companies either cofounded by Jews and Arabs, or where the human capital is as diverse as possible. They also favor companies that benefit the world in some way. Zaitoun Ventures invested close to $19 million in its first year of existence, and is poised to invest about $100 million in 2016. The pair describe their investors as a “billionaire’s club” of household-name Chinese, Americans and Europeans.

“With every company we invest in,” explains Dror, “we require the CEO to lead a diversification process. Within three years from the moment of investing, we want them to get to 30-percent diversification in human capital. This means hiring Arabs, Haredim, Ethiopians, but also women.”

Not that Zaitoun Ventures is a nonprofit. “The first thing our investors want is to make a good investment and make as much money as they can,” says Dror. “Every day when we wake up, that’s what we want as well.”

The companies that Zaitoun has either invested in or incubated include:

Myndlift — an app that uses brain-computer interface to help ADHD sufferers train themselves to concentrate. It was founded by two Arab Israeli friends from Baqa al-Gharbiya when they were just 19.

Sidis Labs — a company that has developed a wearable device that alleviates motion sickness.

Comedy Break — a startup co-owned by Omri Marcus — a former writer for the Israeli comedy show “Eretz Nehederet” — and a Palestinian software company in Ramallah. It uses facial detection to determine your taste in comedy and gives you more of what you will like.

Teramount — a nanotechnology fiber-optic firm cofounded by two Hebrew University graduates — one Muslim; and the other Jewish.

Galaprompter — an app that lets you watch opera or a live show in your own language.

IceCure — an FDA-approved medical device that kills breast tumors by freezing them.

Hussein and Dror say that about half their investors are European and American, while the other half are Chinese. But in terms of dollar amounts, their investments are 90 percent Chinese.

“We meet dozens of Chinese millionaires and billionaires who ask us to please help them invest in Israel,” says Hussein.

When asked why the interest in Israel, Hussein responds, “They believe that Israel has the brainpower of no other country in the world, specifically Jewish Israelis. They believe Jews are the smartest people in the world, and also the best money managers.” 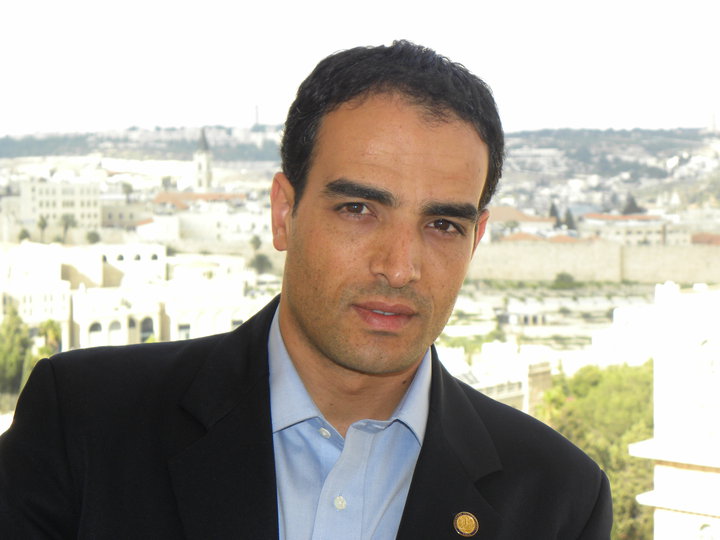 Asked if he accepts this assessment, Hussein replies, “I agree with it. No one can take that away from Israeli innovation. The ability to be so creative and innovative is the story of Israel in many ways.”

Dror adds that the Chinese are in the process of transforming their economy from one based on manufacturing to one based on innovation. Zaitoun also trains Israeli entrepreneurs on how to enter the Chinese market.

But while Chinese innovators want to make money, many are interested in the Israeli-Palestinian story and promoting coexistence.

“Our investors have made a lot of money in the last 20 years. It’s not enough for them to invest it, they also want to do good,” says Dror.

Dror, 42, and Hussein, 38, are both Israeli Horatio Alger stories, boys from underprivileged backgrounds whose gumption, talent and hard work paid off. As the two confidently order drinks in a Tel Aviv café frequented by the glitterati, you would never guess that Dror grew up in a family of little means in Ashkelon, the son of a Holocaust survivor, while Hussein grew up poor in the Israeli Arab village of Sha’ab.

In 2005, Dror, who had studied computer engineering, cofounded XPAND 3D and grew it into a multibillion-dollar company. Hussein worked in construction until he landed a scholarship to Brandeis, then Johns Hopkins School of Advanced International Studies, and later Harvard Business School, followed by gigs as an investment consultant for Capital Group and CEO of Jerusalem’s YMCA and Three Arches Company.

The two met through a mutual friend and now spend so much time together that they jokingly describe themselves as “married.”

Dror says that Zaitoun Ventures has enough investors, and that the reason they wanted to be interviewed is to show that “in this sea of negativity people see all around them, there are also seeds of things that are positive.”

Dror says he and Hussein frequently travel to Palestinian-controlled areas, where they outsource a lot of their software development. Palestinian coders cost the same as those in India, but in Dror’s opinion they are better overall and more questioning in their approach. They’re also in the same time zone and can meet face-to-face when necessary.

“When Palestinian kids see us together they say, ‘What are you doing?’ And then they say, ‘OK, this is something I’ve never seen before.’”

“What a story, if an Arab or Palestinian company were to make an exit,” adds Hussein. “Instead of kids being filled with hatred, fear and ignorance and wanting to dedicate their lives to martyrdom, what if they wanted to be geniuses?”

“When I have a group of Palestinians working with a group of Israelis, it warms my heart, especially because I am making money.”